Let me start by saying, if you haven’t already, first listen to The Podcast (Episode 1: The Toy Rocket) or read the full story located in the previous Blog Post. This post will cover the main takeaway idea from “The Toy Rocket,” as well as provide action steps to implement the idea over the next month. Alright, here we go!

The Main Idea:  Just Do It

The central message, or lesson, in this first story is to not spend forever trying to make your ideas perfect. Do not wait for the ideal pathway to open up before you. The idea is to just get started, right now.

Spend some time planning, but after that, start moving forward with the idea or making headway towards your goal. Perfection is rarely achieved, but it is extremely rare (I would like to say never!) to achieve perfection on the first try. That’s why it’s essential to get started so that we can get some of the little failures out of the way. You’ll have to make tweaks and adjustments as you move along, but at least you’re moving forward and not stuck in the planning phase forever. That’s why we have prototypes and first drafts and so on.

If you analyze my Podcast, the first one isn’t perfect, but it was my best effort at the time with the tools I had and the awareness or knowledge I had. I learned a lot along the way and will be/have already made tweaks on how I will approach the second story. I’ll be approaching things differently particularly in how I record it. The first Podcast took a lot longer to record than expected because I approached it in a way that wasn’t the best. I thought it was the best idea at the time though. I’m changing it up for the second story (The Missing Sheriff), and I may have to change it again, but at least I’ll have two podcasts up and running that I still think are great listens. There are other things I’ll be trying differently as well going forward, but you’ll have to wait and hear!

Now, let me outline some ways to get started on your ideas, dreams, and goals, today!  Worksheet 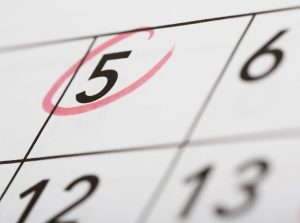 Setting a general deadline didn’t always work for me because as my own boss there wasn’t any real consequence for not getting a new idea finished right away.

“Ok, I’m going to finish ‘X’ by ‘some date,’” I would say to myself. But there was no real reason to do so other than a desire to have it done. So, when other things came up in life, or other ideas came into my head I could easily push the deadline aside and extend it. So, here’s what you do to fix this:

Make it accountable. For this podcast, I told my family when my launch date would be. I told friends. I told them what I was doing and what the goal was. “September 5th, it’s coming.” Then, I even started to promote it to my network via email. “September 5th, it’s coming!” And, it came out September 5th! I felt motivated, I was accountable, and I also had a strong desire to share the podcast. The key though, at least for me, is the accountability part. If I missed that deadline, a lot of people would’ve known about it. That’s a strong motivator! 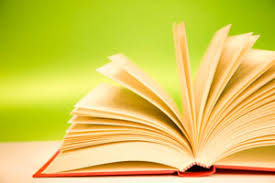 A great first step is to learn. It’s not as much of a forward step as sitting down and writing your first draft of a story for instance, but it’s not a wasted step either. Learning about what you’re trying to do, what other people have done, and what you might want to do differently is a powerful step. It stops you from making common and big mistakes along the way. We don’t want to run in blindly all the time. So, if you are feeling unconfident about what to do first, spend a little time learning a bit. Just don’t get stuck here. The best way to learn is to do, so spend a short time learning how to read, for example, then start trying to read some books. We wouldn’t try to train our children to know all the words in the dictionary before starting to read. So, don’t try to know everything before giving things a shot.

This goes back to the idea of accountability, but a little different. Y0u might have a friend or family member who also has a dream or goal they are pursuing. They could be totally different. One could be a physical fitness goal, and the other could be a business goal. Doesn’t matter. What matters is that you each know about it, and talk about it together once a week. Help each other come up with different ways to get started and then you also have each other to continue growing as you move forward. Make sure the person you choose is someone you connect with, respect, and is respectful to you. You both need to want the other person to succeed as much as you want yourself to succeed. Also, some people like words of encouragement, while some people like to have a drill sergeant. Choose your partner wisely : ). 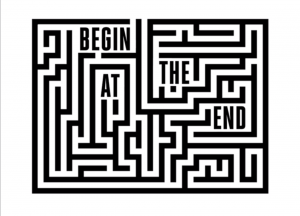 Start at the end. What is the result we want? Now, where are you or what is happening right before that (one step away from your goal)? Then back up again. Trace, backward from the end, a series of steps that lead to where you are today. It’s like solving a maze starting from the middle. Like this:

Now, I know where to begin and where that’s leading. Sometimes what holds us back from moving forward is not knowing what comes next. Once I had the general picture of what my steps were, I could get started brainstorming my story and writing it. As I went along, I had to add steps into the process. Editing! How did I not think of that? Podcast Logo. Podcast description. I could have spent a lot of time trying to make the most detailed plan and list of steps, but it would have been a waste of time. I now have a complete list of 16 steps that I have written out that need to be checked off for each Podcast. Starting where I did, though, with the basic list of steps above was enough to get me started and moving forward. I filled in the gaps along the way. Again… be careful how much time you spend learning or planning. The main idea is to get going! 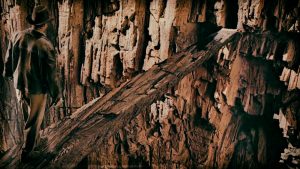 Finally, just jump in. No real plan in store, no deadline in place, just an idea and a faint picture of the future you desire. Then, take a leap and start. You could be starting on step 3 and have to backtrack from there, but at least you’re moving. In fact, for the second Podcast episode (The Missing Sheriff) I actually started with the music. It’s the music you hear at the very end of the first Podcast episode. It started me off, and then I backtracked to outlining a story. I also use this a lot for writing in general. Instead of planning the entire story out, I like to write a page or so, sometimes on my phone, when I have an idea and just see where that idea goes. It almost always changes once I backtrack to outlining and planning the rest of the story, but I feel like the main ideas, and the general feeling of the story is there. 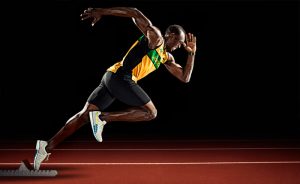 Well… there are five great ideas to get you started. Are there more? There’re always more! Feel free to share a method that works for you that I haven’t mentioned or share the one or more points above that you’re going to use to get started on your big dream. Below is a worksheet I put together to help you work on these points above and get things written down so you can move forward and have the ink on paper to remind you frequently what you’re working towards.

I look forward to hearing your stories and what dreams and goals you’ll be going after!

4 thoughts on “That’s One Small Step”